Maine Coons are the biggest domestic cats in the world. Their long, wavy coats give them a cuddly, yet mysterious appearance. Maine Coon cats are intelligent, affectionate and playful creatures that rightly deserve their place among the most popular pedigree cats.

The History Of Maine Coon Cats

Although their exact origins are unknown, we do know that the Maine Coon is indigenous to America and one of the oldest domestic cat breeds still around today. They were already being shown at the first US cat shows held in New England in the 1860s. This is the first official record we have of Maine Coon cats, although the breed is thought to be even older than that.

There are a lot of myths and rumors surrounding the lineage of Maine Coon cats as we know and love them today. In early days, it was thought they were a cross between cats and either bobcats or raccoons, because of their similarities in appearance.

Maine Coons also have a tendency to make chirping noises that resemble the sounds young raccoons make. This, and their long tail, is actually where they get the second part of their name from. However, both bobcats and raccoons are completely different species from domestic cats and they cannot interbreed.

It has also been rumored that Maine Coon cats are descendants of Marie Antoinette’s Turkish Angora or Siberian cats that were reportedly put on a ship to North-America when she attempted to escape her execution. On arrival, the cats are said to have mated with a indigenous domestic cats and their offspring, over time, developed into Maine Coons. It’s a very romantic tale, but one without a shred of evidence.

Genetic testing reveals that Maine Coons are among the most genetically diverse domestic cat breeds we know of. This makes it difficult to pinpoint their actual origins. The most widely accepted theory is that the first Maine Coon cats were a crossbreed between the short-haired cats brought over by European settlers and the long-haired cats brought over by sailors on trading ships. Natural selection then took over and within a few generations the offspring of these cats developed sharp minds and thick, fluffy coats to help them survive the harsh New England winters. 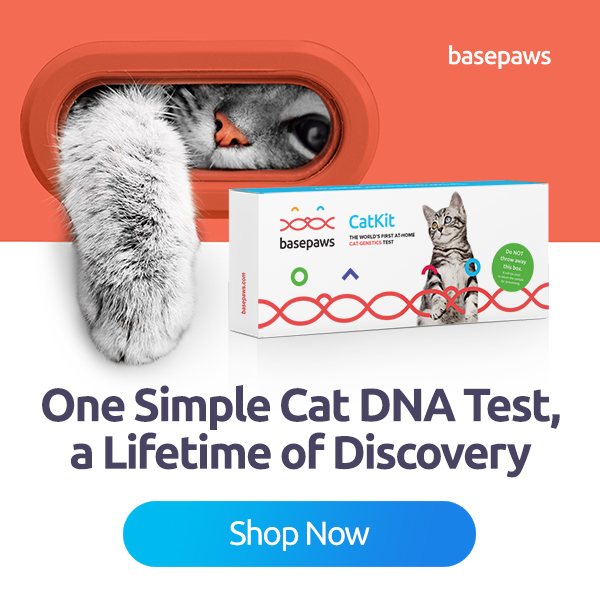 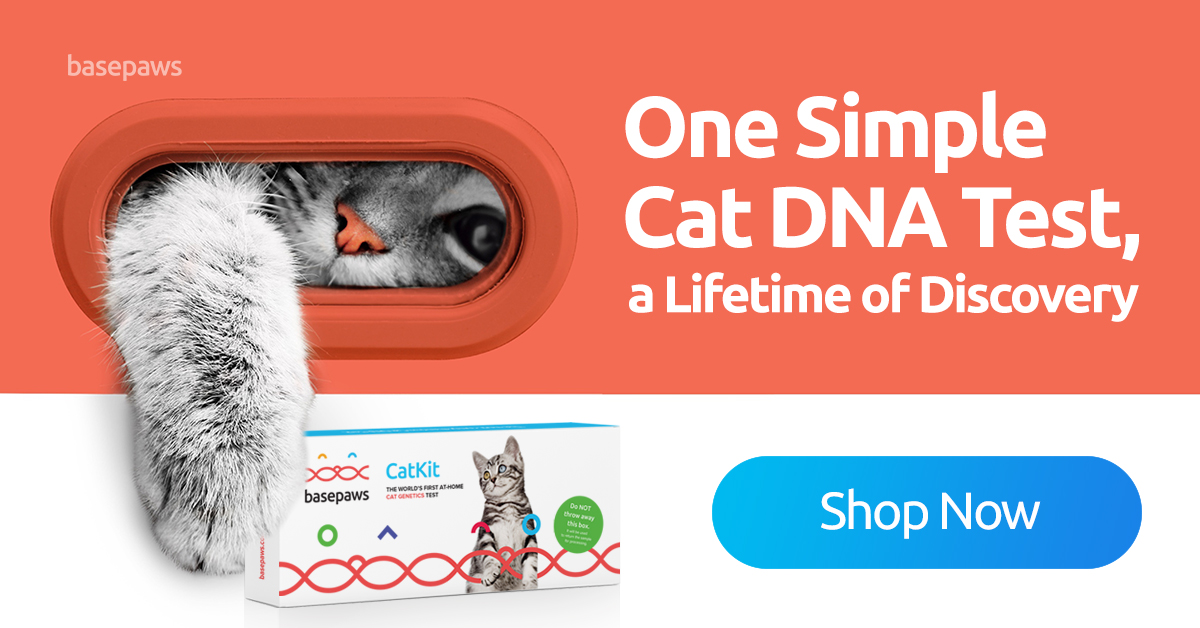 Maine Coon cats were favored by farmers in the late 19th and early 20th century for their superior mousing skills and gentle nature. They were a popular breed at cat shows held up and down the East Coast of the US around this time, often taking home the grand prize.

But as cat associations started popping up and more cat shows were being held throughout the country at the beginning of the 20th century, people started to prefer pedigree cats. This caused the Maine Coon to fall out of favor as a show cat and it soon disappeared from the roster completely.

In fact, the apparent demise of the Maine Coon cat was so notable and widespread that it was actually declared extinct in the 1950s. By mistake, of course. People were still keeping Maine Coons as pets, though they weren’t as popular as they once were. As a consequence, a lot of crossbreeding with other domestic cat breeds happened during this period, which did dilute the Maine Coon gene pool.

Things again changed in the 1970s when cat associations finally started recognizing the Maine Coon as an official breed. This meant that they could once again be entered into shows, which also helped to grow the popularity of Maine Coons as pets. A standard was put in place for what characterizes a Maine Coon and breeders started to increase the population. Today Maine Coons are among the most popular cat breeds in the world.

Maine Coons are big, broad-chested, long-haired cats with rectangular shaped bodies. They have a short to medium long snout with a strong chin that lines up with their nose and upper lip. Their coats are long and flowing on their stomachs, flanks and legs, while being a bit shorter around the shoulders. Maine Coons often have longer tufts of hair sticking out from their ears, cheeks and from between their toes, which add to their wild look.

Maine Coon cats have a fairly slow growth rate. It can take up to 5 years for them to reach their full mature size. This makes it difficult to predict exactly how big a Maine Coon kitten will grow up to be. But since larger Maine Coons are generally preferred for breeding, prepare for it to be big.

Tortoiseshell Maine Coons generally have a black base color with ginger and cream colored patches. However, all other patterns can seemingly occur in any color, from black to blue, brown to orange, and gray to white. All in all, Maine Coon cats come in as many as 75 different color and pattern variations.

Maine Coons are intelligent hunters who love catching mice, which is why they’ve historically been popular cats to keep on farms or even take on ships. But despite their ferocity at hunting, Maine Coon cats are actually calm in nature and quite affectionate towards humans. If you have a Maine Coon, you can expect to form a strong bond with them. They are likely to follow you around wherever you go, while still respecting your space.

Maine Coon cats generally get along well with dogs and other cats. Even the most rambunctious children are welcomed with open paws, as Maine Coons have a high energy level and are very playful. They also love to chat and will meow and chirp at you all day.

How To Take Care Of A Maine Coon

People tend to believe that pedigree cats are more prone to diseases than non-purebred cats, but this is not true. Since breeders control which cats contribute to the gene pool, they can select cats who are more resistant to particular diseases and consequently increase the health of the breed. As a result, Maine Coon cats are quite a hardy breed, with only a few known diseases to watch out for.

The average life expectancy for Maine Coon cats is 12 to 15 years, which is in the same range as Domestic Shorthair cats. You can support your Maine Coon with a healthy, carnivorous diet, regular checkups at the vet and lots of exercise. Since Maine Coons are meant to be big, cat owners often don’t realize it when their Maine Coon cat is getting overweight. The best way to prevent obesity in Maine Coons is to keep them active and feed them a diet of lean, animal protein.

As your Maine Coon gets bigger (and bigger) you will need to make sure that they still fit on their litter box. Generally speaking, a cat’s litter box should be about 1.5 times their size for them to comfortably do their business inside the box. This can literally be a tall order to fill for a mature Maine Coon, especially if you have a male. Between their size and natural habit to spray and ferociously dig in their litter box, you can save yourself a lot of time cleaning with a properly sized litter box.

Lastly, Maine Coon cats require a lot of grooming. Their silky manes can get tangled up and form knots, so regular brushing is a must if you want your Maine Coon to keep its regal looks. Brushing helps to remove loose hairs and improves the blood flow in the skin, which will give your cat’s coat a beautiful shine. Bathing is also a must for Maine Coon cats. You should give your Maine Coon a bath at least once a month to reduce shedding and keep them clean.

Unfortunately, their long coat does mean that Maine Coon cats shed a lot. And with their hairs they do seem to spread a lot of allergens harmful to people with cat allergies. If you suffer from cat allergies but would still like to have a long-haired cat as a pet, consider getting a Balinese or a Siberian cat instead. These breeds are known to be hypoallergenic and shouldn’t pose any problem for people with cat allergies. 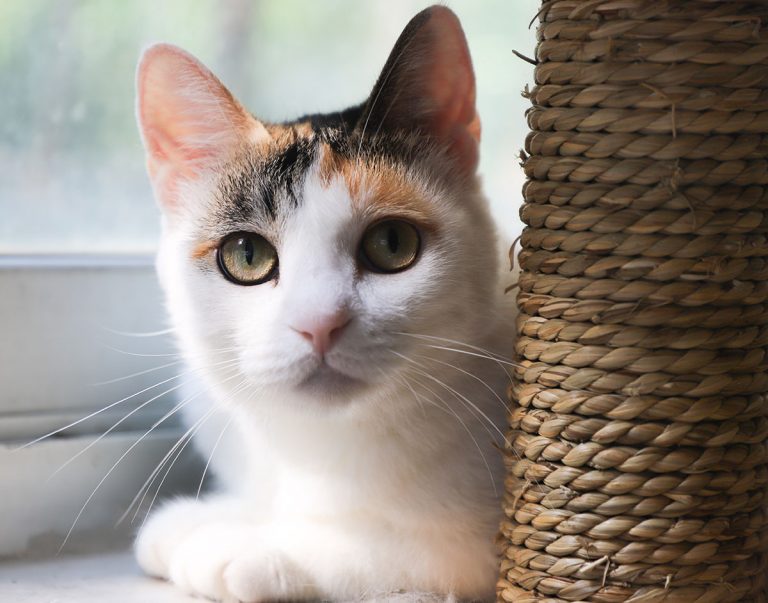 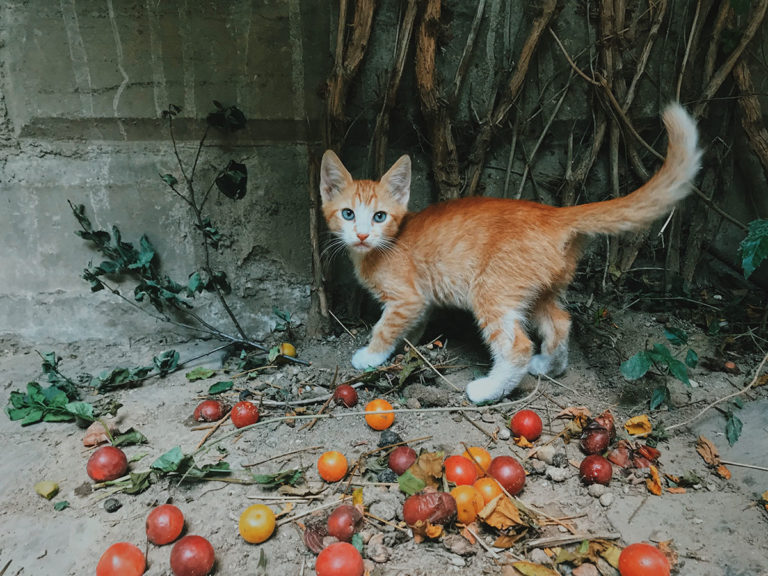 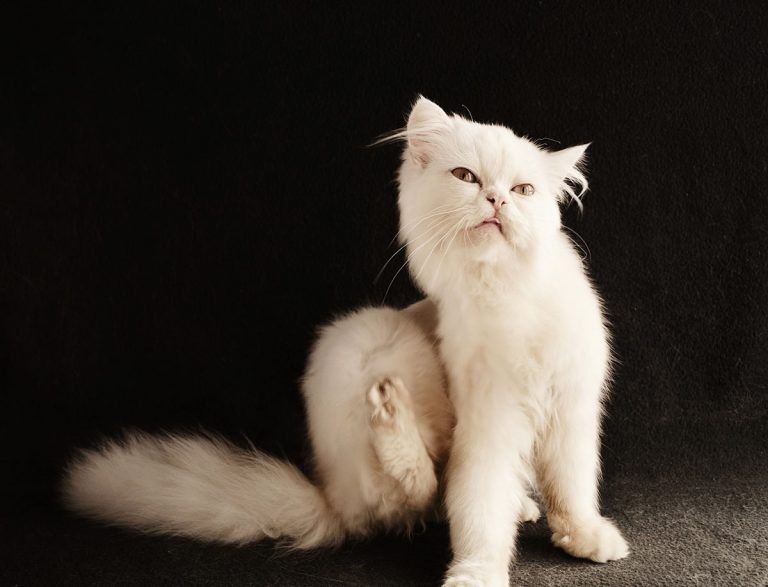 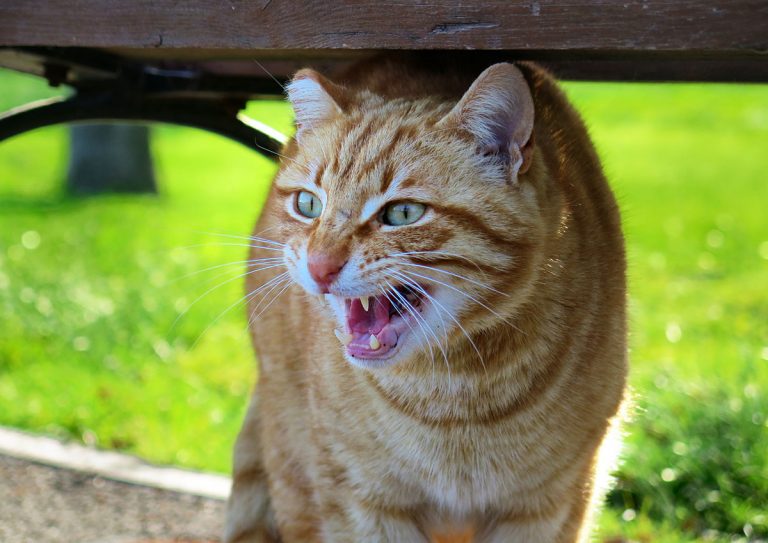 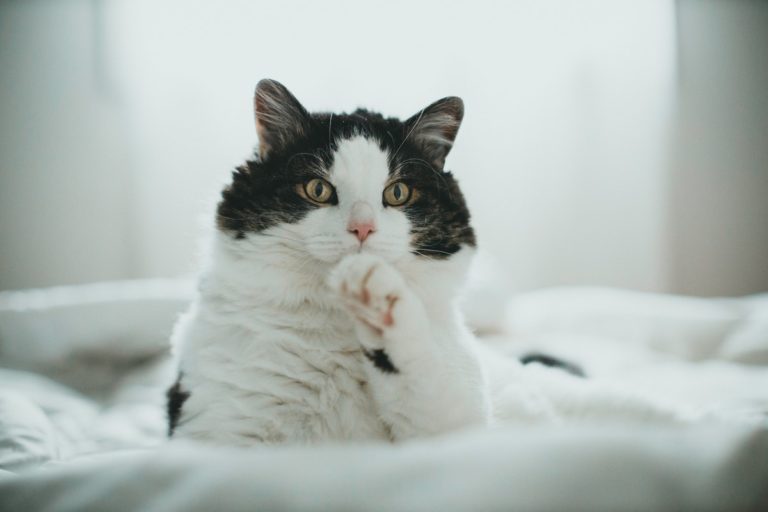 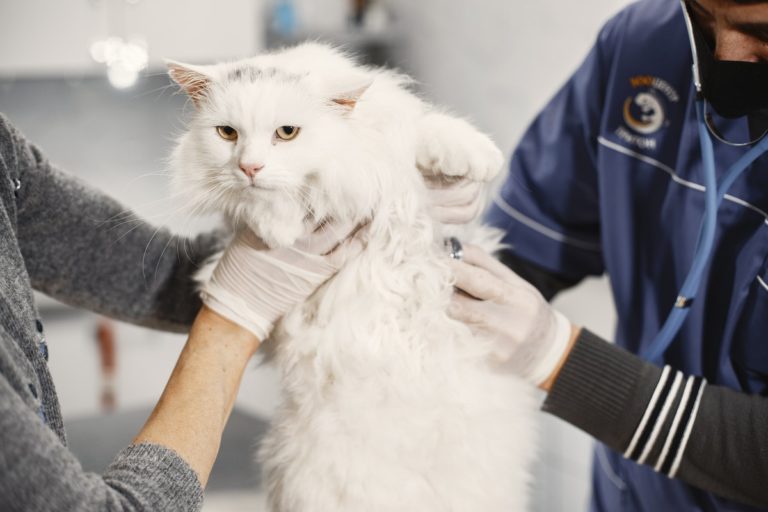 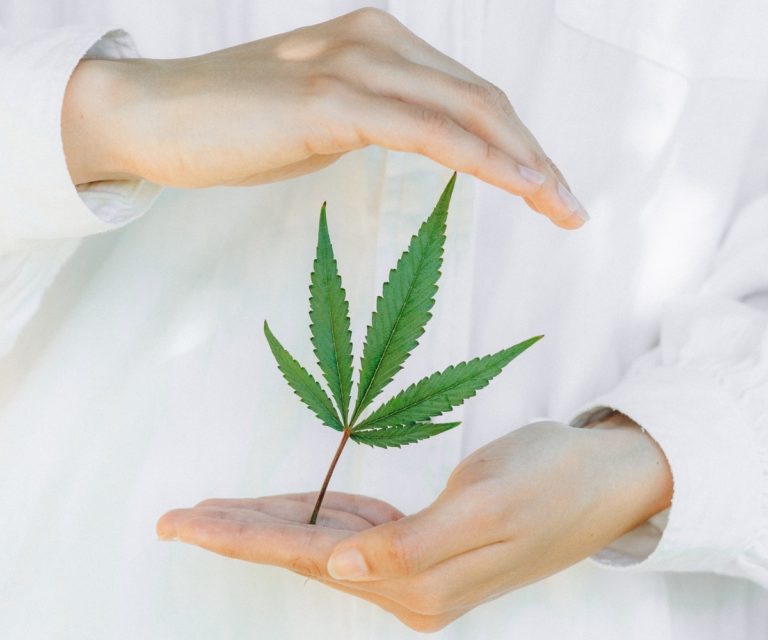 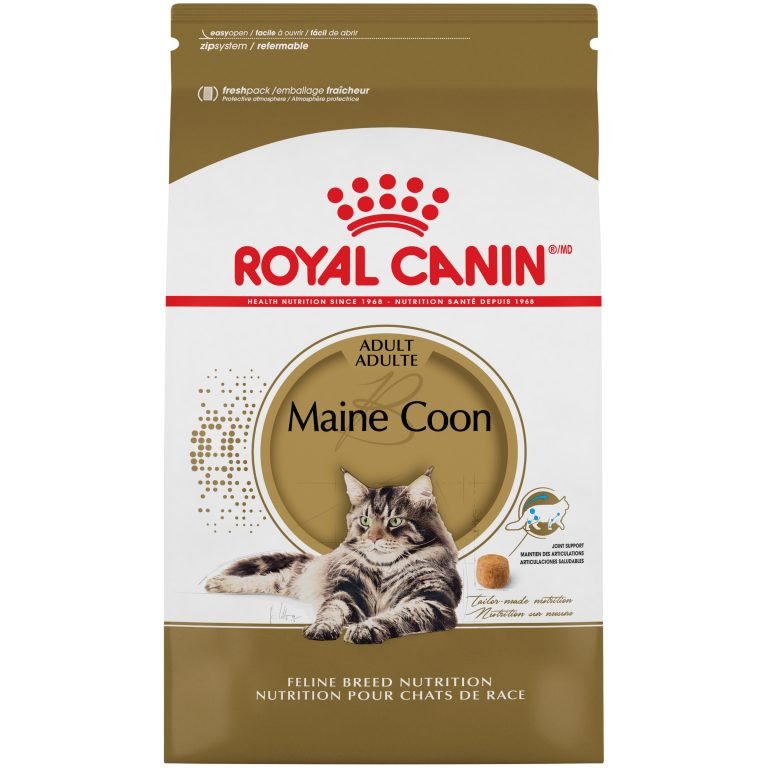 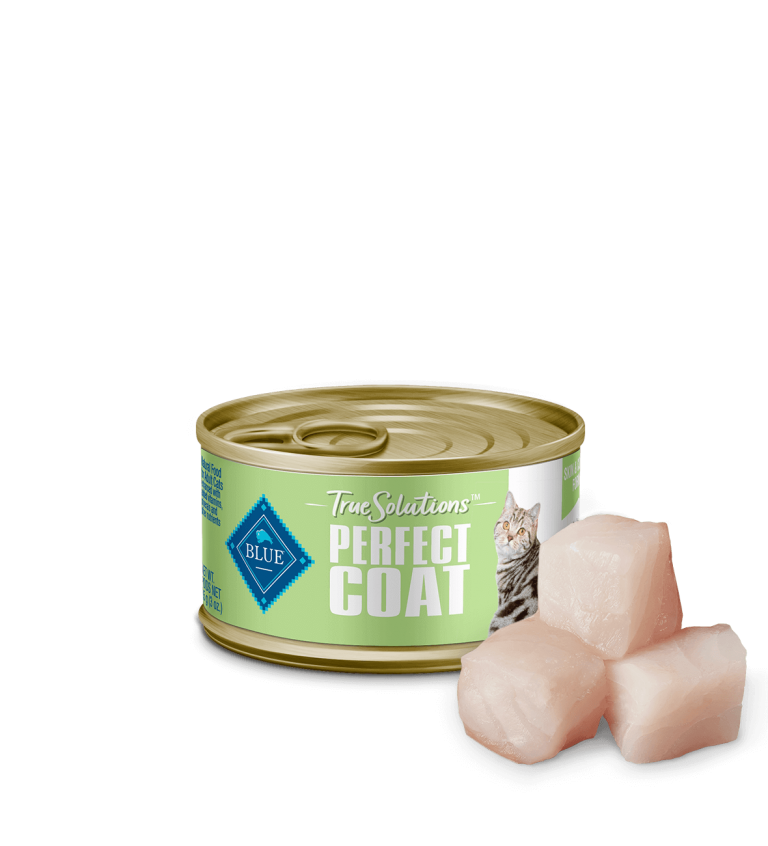 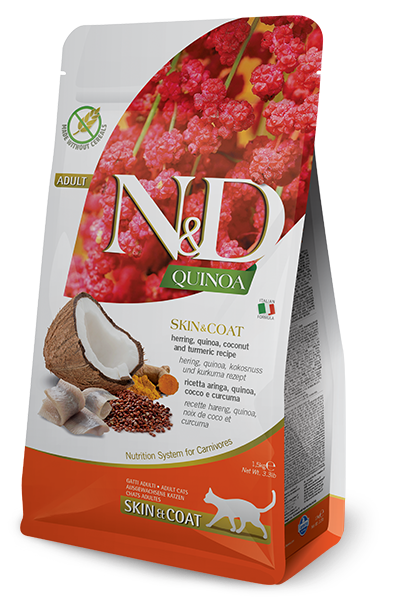 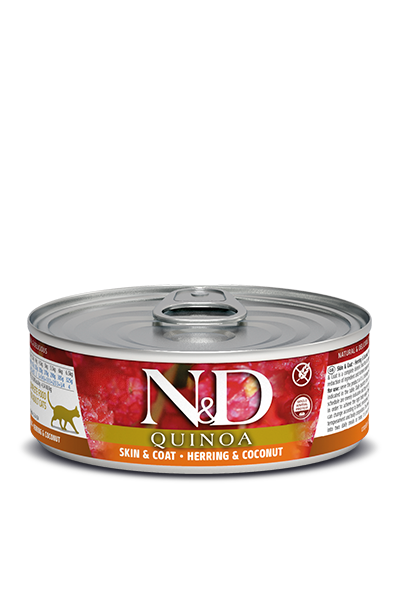 We use functional cookies to enhance your experience on this site, plus analytics cookies to track how users interact with our content. We do not store any of your personal data, nor do we track your activity across other websites.